“For me, a successful public artwork needs to have a sense of place, a freshness, some intrigue & playfulness, a bit like a frozen moment from a daydream.”Rachel Joynt

Rachel grew up in Dublin and currently lives & works in South Carlow. She graduated from the National College Of Art & Design in 1989 and was elected full member of the RHA in 2005. She has had solo shows in Dublin, Belfast and Marseille, has exhibited in many group shows and public artworks include Mothership, 1999 at Dun Laoghaire’s seafront, Starboard, 2001 alongside the River Lagan in Belfast, Guiding Star, 1990 at Port Oriel fishing harbour in Co Louth, Noah’s Egg, 2004 outside the Veterinary building UCD and last year Golden Apple, 2012 for St Nessan’s College, Limerick. Rachel is currently working on a large artwork for NUI, Maynooth with artist Remco de Fouw. 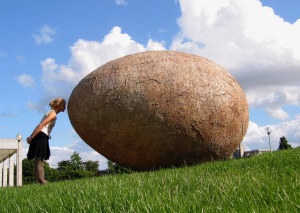 Working in both gallery and public art, permanence and the transient are reoccurring themes, her use of sand, light, glass, bronze and cast iron underline this. The actual material itself can play an integral part in the concept as in her series of recent pieces using a thin screen of sand to examine a stratified landscape, scan or graph.

“Capturing layers of sand behind glass allows me to enjoy its physical and metaphorical qualities and its interplay somewhere between solid matter and liquid behavior.” 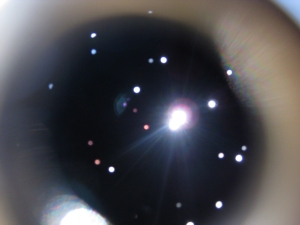 Title: Between Worlds I

For Joynt, scale is also important, transforming our normal viewpoint. Using different magnifications be it macro or micro, she allows the subject to take on a new presence.

Some of her public artworks are highly visible such as the sea urchin ’Mothership’ or ‘Noah’s Egg’ (a 3.5 meter long bronze egg textured with various animal sperm and perforated with small holes. When viewed through the eyehole this creates a celestial space inside) A large number can also be discovered underfoot, these include ‘Starboard’ in Belfast and ‘ArcHive’ at Pearse St library in Dublin. Both these works use cast glass housed within a cast iron frame and then lit from below.

Her most recent commissions include ‘Freeflow’ a glass cobble, illuminated work sited intermittently underfoot from IFSC to the Point Theater in Dublin, ‘Love All’ a bronze globe in Templeogue village and ‘Guiding Star’ a large cast iron starfish as if dancing over the harbour wall at Port Oriel fishing harbour in Co Louth. 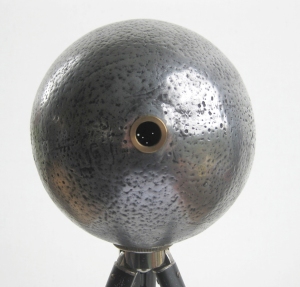 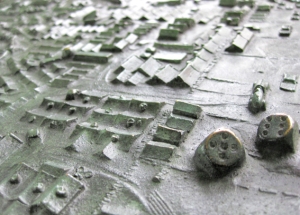 For more information about the artist and her work visit www.racheljoynt.com

This site uses Akismet to reduce spam. Learn how your comment data is processed.